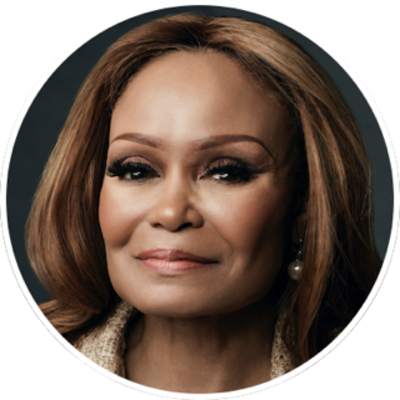 Moe Abdou is joined by the dynamic Founder and CEO of The ActOne Group of Companies, Janice Bryant Howroyd to discuss building, leading, and reinventing the first-ever African-American female owned unicorn.

Regardless of how we define it - every one of us wants success - still, for the majority of us, the fear is simply overpowering.  Whether it’s the fear of isolation, rejection or success itself; putting ourselves out there to try something new, regardless of how worthy, is too often paralyzing.  But, for one aspiring young woman from the small town of Tarboro, North Carolina, it was just the fuel she needed to reimagine a future that was destined not to be defined by her past.

Janice Bryant Howroyd grew up in the segregated South when racism and sexism were a way of life, but that only made her stronger.  She would overcome ridicule, self-criticism, and the heavy baggage that comes from being a rare black teenager trying to fit in at an all-white high school; still ‘not once did I ever doubt my ability to learn, do, achieve, and succeed…Thanks to my Mom and Dad, I grew up believing I have everything I need to be…Whatever any job or career could require of me, I knew I could do it and do it well.’  She would remind herself.

Fast forward to 1978 and a planned trip to visit her sister, Sandy in Los Angles that she nearly canceled due to the sudden death of her father.  At the urging of her mom, she would take her first West Coast trip and little did she know then that the trajectory of her life was about to change forever.   As fate would have it, her brother-in-law Tom Noonan, then the associate publisher of Billboard Magazine would ask her to ‘mind his office’ while he and Sandy attended a music industry conference in Italy.  She did so in style, as only Janice could, and what followed was the beginning of what would become the first-ever unicorn built by an African American female - The Act-1 Group.

Today, Janice is a global voice of hope that’s inspiring an entire generation of women and men alike, and as you’ll discover in our conversation and in her latest book - Acting Up:  Winning in Business and Life Using Down-Home Wisdom, everything starts at home.  Here’s a glimpse of what we discuss: