Episode #995 Paul Shoemaker: Can't Not Do 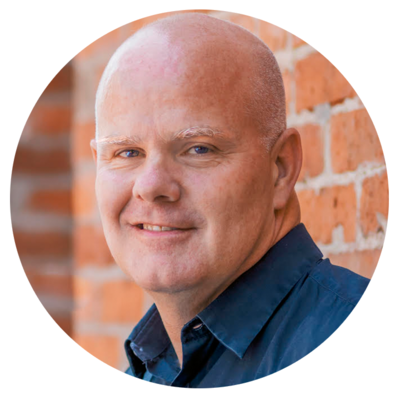 Moe and Paul Shoemaker talk about how to bridge the gap between “wanting to do” and “doing," to break through self-imposed barriers and access the drive of an effective change agent.

The Right Question to Ask to Initiate Social Change

Every once in a while in life, you witness something that manifests your hopes and exceeds your dreams, and when that moment comes you either follow it through or you don’t.  That’s precisely what happened to Paul Shoemaker in 1997 when he was approached by PageMaker founder, Paul Brainerd to help him build a highly engaged, capacity building, philanthropic network, ultimately called, Social Venture Partners.  Inspired by the vision of initiating social change, Shoemaker opted to leave his senior position at Microsoft for the opportunity to tackle the world’s most pressing problems.

No stranger to the cultures of startups, Shoemaker started with a small desk in a tiny corner of the Brainerd foundation offices - There were no rules, no business models, and no one to emulate; just a dream and a ton of white space to fill.  Seventeen years later, Social Venture Partners has grown to become a global home to more than 3500 social innovators, entrepreneurs, philanthropists, and business & community leaders.  They operate in 40 cities, and 8 countries, all the while demonstrating that although money is an absolute necessity, it’s hardly what’s required to implement impactful change.  Rather, it’s the right people, working together on the right ideas who always shape a better future.

Shoemaker chronicles his journey in a beautifully crafted book appropriately titled, Can’t Not Do: The Compelling Social Drive that Changes Our World, and I was delighted at the opportunity to explore with him how his work at SVP shaped his own life and character.

Over 1531 Interviews and Counting