Episode #915 Dorie Clark: How to Become a Recognized Expert In Your Field 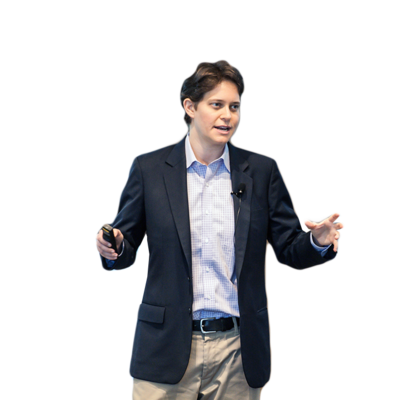 Dorie Clark joins 33voices again to discuss how to 'stand out,' find your breakthrough idea and build a following around it.

The late, great Roger Ebert was my favorite of all movie critics and the one person whose opinion actually influenced whether or not I watched a movie.  I had the greatest respect for his candor and enthusiasm — still it was his business smarts that left the greatest impression on me.

Ebert was an astute businessman who not only mastered his craft, but redefined it.  He was a journalist, a television personality, a best-selling author and a prolific speaker who built a brand that not only thrived during his life, but one that continues to carry his legacy, years after his death.  In the weeks after his death, a lot was shared about his contribution to the world, and as I immersed myself in Dorie Clark’s new book, Stand Out: How to Develop Your Breakthrough Idea and Build a Following Around It, I made the connection between Dorie’s message and the enduring lessons that Ebert left with me:

Ironically, my first interview with Dorie was in April, 2013, days after Ebert lost his battle with Cancer.  We spoke about her first book, Reinventing You, and I knew right then that she was on the verge of greatness.  She’s intelligent, witty and relentless at wanting to help improve the lives of those who follow her work.  The two years since are a portrait of her message to those who are truly serious about earning the distinction of Thought Leader.

Listen to her advice on these issues: