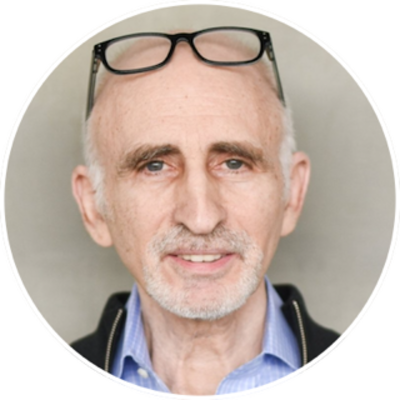 For three and a half decades, Phil Stutz has been helping Hollywood elites crush their fears, ignite their creativity and unleash their inner greatness - In this short clip, he demonstrates how The Reversal of Desire tool will help you overcome your biggest fears.

Life has a way of repeating itself - most events that happen in our lives are reincarnations of something from our past in a slightly different form.  The majority of us deal with the circumstances as they arise and act accordingly, but it’s a rare few who have the foresight to turn their experiences into a playbook for a life well lived.  To Ray Dalio, the world’s preeminent hedge fund aficionado, it's about a set of Principles.  A thinking process and a set of tools that make dealing with recurring situations seamless and more consistent. He shares his understanding and reminds his world-class team and the rest of us that ‘life consists of an enormous number of choices that come at us and that each decision we make has consequences, so the quality of our lives depends on the quality of the decisions we make.’  He further elaborates that as human beings, “we aren’t born with the ability to make good decisions; we learn it....{And} as we move towards our goals, we encounter problems, make mistakes, and run into personal weaknesses.  Above all else, how we choose to approach these impediments determines how fast we move towards our goals.”

If you’re a high achieving entrepreneur, you undoubtedly encounter your share of challenges; and that cycle never seems to end. It shows up when you least expect it, often testing your will and always stretching your imagination; but unless you, too have a toolkit for living, you’re likely to keep getting knocked down.  Like Dalio, bestselling author, and Hollywood’s acclaimed whisperer, Phil Stutz has been using his own set of tools to inspire his clients to achieve consistent results for over three decades.  Whether it’s a defining business decision, a questionable relationship, or just plain old fear - he’s got a tool for that.  His are tools of action, still as you’ll hear him repeatedly say, don’t take his word for it - try them for yourself and see if you don’t see a dramatic shift in your results.

I’ve had the great honor of interviewing Phil several times, including back in 2013 when he and his partner, Barry Michels released their seminal book - The Tools: 5 tools to Help You Find Courage, Creativity, and Willpower, and Inspire You to Live Life in Forward Motion, and not a week goes by when I don’t reference one of the tools for something that I’m dealing with.  My latest conversation with him was tailored specifically around a set of questions that I received from those familiar with his method, and eager to dig deeper.  Here’s a glimpse of the insights that he shared: