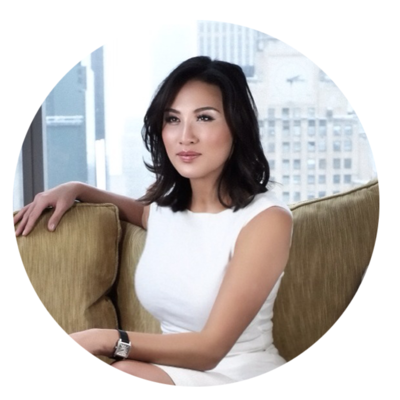 Moe talks with Mina Chang about her approach to solving the world’s most pressing issues.

One of the great mysteries of life for me has always been the question of ‘why bad things happen to great people?‘  Surely, I’m never one to question the work of God, still when I see the obstacles he puts in the path of someone like, Mina Chang, I become even more convinced that each such challenge is a window into a bigger opportunity.  When Mina was diagnosed with brain cancer earlier this year, it was a horrifying tragedy, but one that’s destined to magnify the impact she’s having — Linking The World.

There are certain people who are just called to contribute, disproportionately to the wellbeing of society, and Mina certainly tops that list.  As CEO of the NGO, Linking the World, her work expands the globe to alleviate suffering, inspire hope and to break the cycle of poverty that’s impacting almost half the world’s population - or over three billion people.  Spend a few minutes with her, and you, too will be infected with her zest for life and her determination to not only win her own battles, but more importantly, to turn hope into measurable action.  Like all admired leaders, she anticipates that problems in the world will never cease, they will only change; and it’s how you respond to them that will determine your fate.  Here’s a glimpse of her approach to solving the world’s most pressing issues.

Over 1526 Interviews and Counting