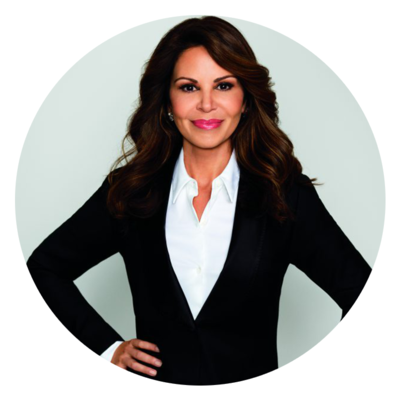 Nely Galan joins 33voices to discuss how to become empowered, self-reliant, and rich in every way.

In Pursuit of Self-Made

At no other time in modern history has there been a more appropriate time for an aspiring woman to start a business.  Regardless of industry or niche, technology has virtually eliminated any barriers to entry and has made launching a product or joining an existing platform seamless.  According to a 2016 state of women-owned businesses report published by American Express, the number of women-owned firms in the United States increased by 45% between 2007 and 2016, compared to just a 9% increase among all other businesses.  Economically speaking, that means that women now own roughly 11.3 businesses; employ nearly 9 million people and generate in excess of $1.6 trillion in revenues.  And, as the father of a young entrepreneurial daughter; I am in awe of the courage, resilience and foresight that continues to power this generation.

Decades before this surge in digital technology, a young thirteen year-old Cuban immigrant was finding her way in the U.S. trying to sell Avon, volunteering as an unpaid intern in a television studio, and hustling to do odd jobs all while trying to support her family, both financially and emotionally.  Nely Galan is the quintessential immigrant success story in America - A truly Self-Made media personality; Galan has served as president of the Telemundo network.  She has produced close to 800 TV shows through her namesake company, Galant Entertainment.  And, she continues to empower thousands of Latina women through her Adelante movement http://theadelantemovement.com.  Still, her most ambitious goal is the opportunity to inspire others to stand on her shoulders.  In her first book, Self-Made: Becoming Empowered, Self-Reliant, and Rich in Every Way, she will not only ignite an entrepreneurial spark in you; more importantly, she will convince you to reimagine your own definition of financial empowerment.

Galant is contagious, and as you’re about to find out, she has a very important message for you.

Here’s what you can expect:

Over 1521 Interviews and Counting