Episode #1000 Simon Sinek: Start With Why 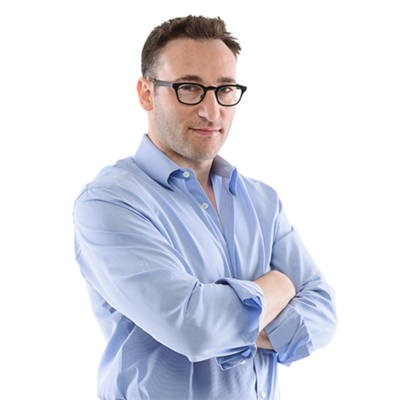 Moe and Simon Sinek talk about why some teams pull together and others don't, and how great leaders inspire everyone to take action.

The Magic of 'Why'

In my Senior year of high school, I received a copy of Victor Frankl’s book, Man’s Search for Meaning, as a gift from a friend’s dad with a little note card attached that read “this little book can change your life, if you let it.”  Being only 17 years old at the time, I had a difficult time making sense of the cruelty being described, but I was captivated enough by the story that I finished it.  Growing up, I was naturally a happy and optimistic person, as such his message further reinforced why attitude matters in life; but it wasn’t until I purchased my own copy of the book a decade later that I fully grasped the concept of meaning.

It was 1992, and I was a young sales manager eager to learn how to hit the right buttons with my sales team when I stumbled upon a newer edition of Frankl’s book being showcased at our local Barnes & Noble.  Remembering that it had captured my attention, I purchased ten copies, one each for my ten associates, and suggested that we read it together and compare notes once a week.  We started the following day; and for the better part of a year, we kept digging deeper, as to not only glean the essence of its message, but more importantly, to learn how we can internalize it.

It became the gift that kept on giving, and as it nears its seventieth anniversary, his words are even more timely today - “There are three main avenues on which one arrives at meaning in life...” he reminds us, “ ..The first is by creating a work or by doing a deed.  The second is by experiencing something or encountering someone; in other words, meaning can be found not only in work, but also in love.  Most important, however, is the third avenue to meaning in life:  even the helpless victim of a hopeless situation, facing a fate he cannot change, may rise above himself, may grow beyond himself, and by so doing change himself.  He may turn a personal tragedy into a triumph.”

In 2009, Simon Sinek gave an 18-minute talk in front of 50 people at TEDxPugetSound that would become one of the top three talks ever viewed on the TED platform.  The talk was entitled “How great leaders inspire action,” and the message was a modern version of Frankl’s story.  “There are leaders and there are those who lead..” Sinek believes  “... leaders hold a position of power or authority, but those who lead inspire us.  Whether they’re individuals or organizations, we follow those who lead, not because we have to, but because we want to.  We follow those who lead, not for them, but for ourselves.  And it’s those who start with ‘Why’ that have the ability to inspire those around them, or find others who inspire them.”

If you haven’t seen either of Simon’s TED talks, you owe it to yourself to do so now; because as you’ll discover in my conversation with him, he’s more eager than ever to help you change how you see your world.

Here are the talking points that anchor our dialogue: