Episode #681 John P. Fernandez: The Hallmark of a Great Leader 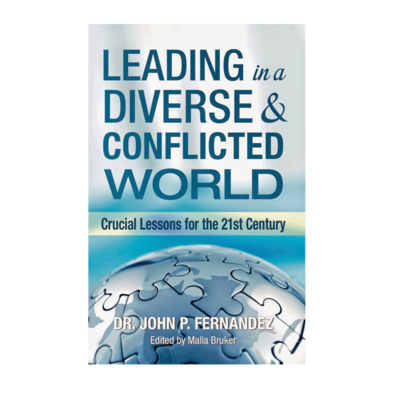 Moe and Dr. Fernandez discuss solid steps to lead your organization toward a better future.

The Hallmark of a Great Leader

After beating the Oklahoma City Thunder in game 6 of the Western Conference Finals to advance to their second straight NBA Finals against the Miami Heat ; San Antonio Spurs  coach, Gregg Popovich  opened his post game press conference by acknowledging the effort of the Thunder, the class of their owner, Clay Bennett and the professionalism of coach Scott Brooks.  All before mentioning one thing about his team  “...this victory is really sweet because we played one hell of a team, and we take great satisfaction in that because they are so special - they’ll be back doing great things no doubt.”

Its no accident that Popovich was recognized by Fortune as one of the World’s 50 greatest leaders.  He has won four NBA champions, reached the playoffs 17 consecutive seasons, and hasn’t experienced a losing season since 1997.  He’s as tough as he is loving; still it’s his belief and respect for his players that sets him apart.  Never afraid to let them ‘figure it out’, he’s exactly the prototypical leader that Dr. John P. Fernandez describes in his book - Leading in a Diverse & Conflicted World.  In it he emphasizes why impactful leadership always starts with understanding the human being.

Over 1551 Interviews and Counting