Episode #895 The Other "F" Word: Putting Failure to Work 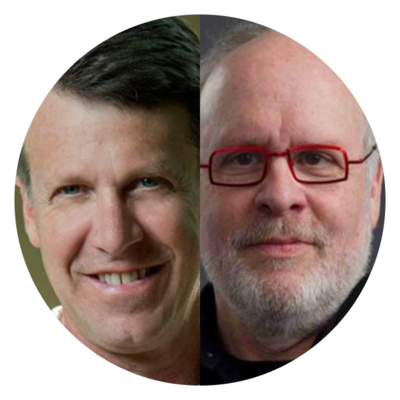 John Danner and Mark Coopersmith join 33voices to discuss how successful leaders and teams are putting failure to work every day to re-engage employees, spark innovation and accelerate growth

The Other "F" Word

It’s impossible to go through life without failure. No one could ever deny that failure is as natural a part of life as evolution, still it hurts, and for far too many, it’s often paralyzing.  As one who appreciates learning from others, I’ve made it a habit to ask those at the height of their success to describe their relationship with failure. Invariably, they recall an event or two, that in hindsight was the prequel to their highest achievements.

By now, most of us in business understand that our greatest source of learning is gained from the mistakes we make.  When we truly embrace and see them objectively, we learn, we get stronger, we build resilience. Still, that doesn’t lessen the pain when something unexpected happens, unless we commit to reframing our our relationship with failure.  It was Mahatma Gandhi who reminded us that “satisfaction lies in the effort, not in the attainment. Full effort is full victory.”   Internalizing that shift in mindset is what University of California at Berkeley professors, John Danner and Mark Coopersmith want you to gain from their book, The Other “F” Word:  How Smart Leaders, Teams, and Entrepreneurs Put Failure to Work.

As prominent advisors in the epicenter of entrepreneurship, Danner and Coopersmith not only challenge you to rethink your assumptions about failure. More importantly, they will share with you the exact insights that fuel today’s most successful ‘fail-savvy’ organizations.