Episode #1520 Farooq Kathwari: The Personal Side of Leadership 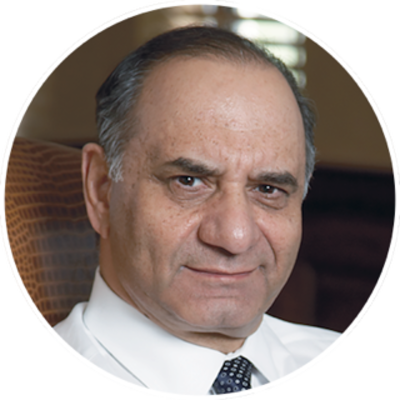 In true immigrant spirit, Farooq Kathwari - Chairman, President and CEO of Ethan Allen Interiors, Inc Joins Moe Abdou to chronicle an entrepreneurial journey that not only defied odds, but that led to far reaching global impact.

The Personal Side of Leadership

In life, there are certain individuals who cross your path and just seem to leave you better off - and for me, one such experience took place when I had the opportunity to interview the Chairman, President and Chief Executive Officer of Ethan Allen Interiors Inc., Farooq Kathwari.  Not only is Farooq’s immigrant story one of courage and perseverance; it’s also one of destiny for a talented entrepreneur who always seems to have a knack for the unexpected.

Born in Kashmir, he’s no stranger to challenge and struggle.  Political and religious upheaval tainted his childhood, separated his family, but in large part groomed him for the type of leadership responsibility he would need to not only run a public company in America, but to inspire far reaching change across boarders and beyond the Danbury, Connecticut boardroom.

Farooq negotiated his way to The United States in 1965 to attend New York University, and what followed was a true immigrant story of a young man who saw a future that was both significant and on-purpose.  The culmination of which was captured in ten life and business principles that would ultimately cement his character and shape his leadership philosophy.  In his first book - TrailBlazer:  From the Mountains of Kashmir to the Summit of Global Business and Beyond; he reminds us that no climb to the top is without setbacks and false starts, still its the one who can gain perspective from every step who ultimately conquers.  Listen for his thoughts on the following questions: