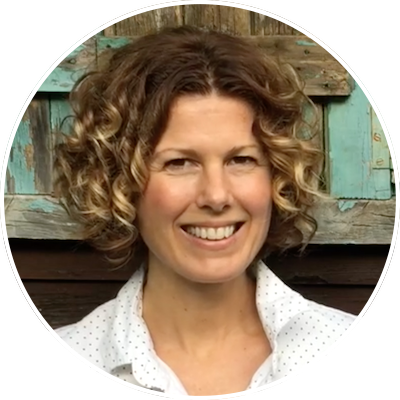 The Power Of Positivity

When Ursa Major Co-founder Emily Doyle lived in New York she was regularly asked: You’re not from New York, are you? During her decade in the city, she made it a habit to say hello to every person she encountered; From the meatpackers she passed on her way to work to cab drivers and often total strangers. Many were shocked by her friendliness, but it was through each of those genuine smiles that she wove a tight-knit community in a big city.

“The moments when you make eye contact with someone or share a smile are the ones that make your day," she says. "They remind us that we may come from different backgrounds but we’re all human. We’re all here and a part of something bigger."

Emily is my kindred spirit in believing that optimism is the foundation of a fulfilling life, so I was especially grateful to chat with her about how being positive empowers us to create our own reality. These are a few of the insights I’ve been reflecting on since our chat.

— Positivity is a choice: Emily’s mantra, “Your happiness starts with you,” is the core of her belief that being optimistic isn’t an innate characteristic. It’s a choice we can make in every situation.

Positivity, like all habits, is a muscle. The more you focus on the positives, the more optimistic you become. Over time, optimism becomes your default mindset, almost like second nature. But even then, there will be circumstances when you need to remind yourself to be positive. To do so, Emily suggests stepping outside or playing with your pet, even just smiling will put your body at ease. It’s also valuable to put your current situation in perspective; What you’re worried about now will likely feel less significant in the future.

— See the best in people: In Brene Brown’s book Daring Greatly, she asks: Do you think people are doing their best? Emily enters every interaction believing they are and suggests that by highlighting the good in others we empower them to realize it within themselves. “When you see the best in somebody they feel like you’re rooting for them,” she says. This is another way to shape successful outcomes. When someone feels like you believe in them, they’ll feel more confident and be more likely to give their best effort.

Emily’s approach is rooted in empathy and can also be applied to giving people the benefit of the doubt. She not only tries to refrain from judging others by acknowledging that we never know what someone’s facing, but by viewing their attitude as an invitation to be kind. She says, “If someone’s being negative, I think to myself: They’re probably having a really tough day and need someone to be nice to them. Saying something kind, smiling, or even just nodding at someone can pull them out of their negative headspace.”

— Patience, positivity, and endurance: Ursa Major has blossomed into one of the leading clean beauty brands, but as all endeavors, it took the team years of trial and error to get here. Emily’s daily choice to be positive enables her to endure the countless challenges of entrepreneurship while still enjoying and feel energized by the journey. It’s also contagious to her team.

“Being optimistic about where you are going and how you are going to get there makes the journey fun and more bearable during the hard times,” she says. “Focus on the things that are going well and expect the best. Positive beliefs shape better outcomes. Worrying only hurts you. It won’t help you get a better result.”

— Living in alignment: We often talk about the mind-gut connection in relation to our health. In our chat, Emily added a new dimension, including heart in the equation. I love “mind-gut-heart alignment” as a framework to guide everything from our daily decisions to the more significant ones, like whether we’re embodying Ursa’s value of Living Major, which means living the most fulfilled version of your life.