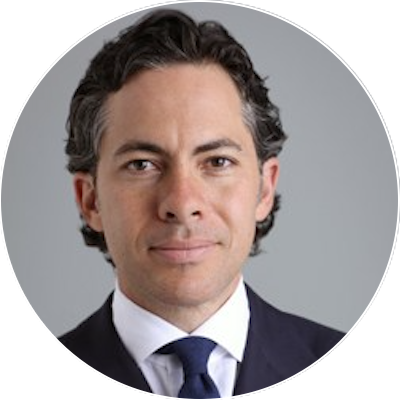 One of the seminal books of 2016 was The Seventh Sense: Power, Fortune, and Survival in the Age of Networks by Joshua Cooper Ramo, co-chief executive officer and vice chairman of Kissinger Associates and a member of the board of directors of FedEx and Starbucks.  As brilliant as Ramo’s writing and convincing narrative, it’s the power of his thesis on the acceleration of networks that will forever change how you think, work, and live.

Much like Friedrich Nietzsche’s sixth sense, Ramo’s Seventh Sense is also about harnessing your instincts; except his focus is on your network.  Let me tell you what’s going to happen, he starts - “In the coming years there will be a struggle between those who have the Seventh Sense - who are born with it or trained to it - and those who don’t….New, networked forces all around us are attacking old, established ones in business, politics, warfare, and science.  Then - because those who don’t have the Seventh Sense for network power will lose these contests, as anyone who tries to stop the future always loses - a new age will begin.”

No one will argue that ‘who you know’ has always mattered, but never before have the stakes for all of us been so high and so urgent.  And, regardless of your future aspirations, the message in this book will either help multiply your progress or distance you from your competitors.  My conversation with Ramo certainly doesn’t replace the perils in the book, still it gives you a glimpse of what to expect.  Here are a few insights that stood out to me:

The Seventh Sense is the ability to look at any object and see the way which it is changed by connection - With connection, power shifts.  Observe history and you’ll notice that power resides with those who control the networks.

The main disease of the 21st century will be spiritual madness.

The decision to move to China was an opportunity to leave my old world behind and to think about the world from a different perspective.  To fully immerse myself, it was more important to become more bicultural than simply being bi-lingual.

China reinforced to me that what is happening around you is ultimately more important than what you, yourself want.  So, in lieu of just focusing on your own goals and ambition, it’s wise to study the overall environment that surrounds you, knowing that it is likely to determine your future.

In business, context matters as much as solutions because even if you think you’ve solved a specific problem, the context endures.  “When the Chinese want to do something, we begin with the question What is the nature of the age?”  The late Chinese foreign policy statesman, Huang Hua was known to explain.  “Westerners begin with the goal.  What do they aim to achieve?”  In other words, the Chinese tend to look at any problem and begin to consider the conditions and environment around that problem.

The distinguishing advantage of today’s most progressive companies is their continuing ability to deliver what their users crave.

The people I learn most from are always trying to ask questions, they’re very insecure about their own knowledge - and they also have a real expertise in something.  Further, they also tend to pick one thing by which they can immerse themselves at a much deeper level.

Following the crowd is suicide.

Henry Kissinger put an unusual amount of importance in understanding the psychology of the people he was dealing with.  Further, he always took a very broad view of history and understood that things often go tragically wrong.  Don’t underestimate the stakes of the problems you face today, and always analyze the potential downside.