Episode #1250 Michael Serbinis: What I've Learned After $1B of Exits 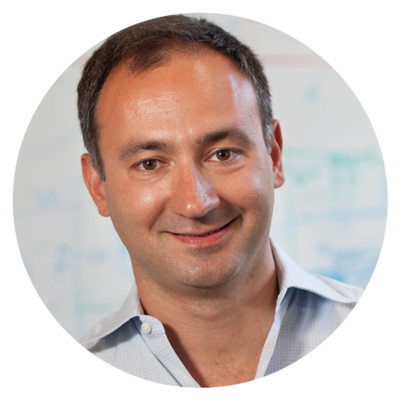 Visionary Entrepreneur, investor and CEO and Founder of the new healthcare startup, LEAGUE, Michael Serbinis shares what he learned building three disruptive startups, selling two of them and working with Kimbal and Elon Musk.

Building Flash Teams - Like working on a hit movie, the key to success in an early-stage startup is in direct proportion to the quality of the players on the team.

Why Not you - When you anticipate a future that’s radically different than the present — the only choice you have is whether or not you want to get involved.  Ask yourself what Malcolm X asked - “If not now then when, if not me then who?”

The Will To Win Is Everything - In the midst of building a startup, the overwhelming majority of time, you’ll be fighting against gravity and you’ll have to rely on your Will get you through.  Strategy is perishable, but the will to succeed when you’re in the pit of despair is what makes the difference.

Learning To Think Bigger starts with surrounding yourself with higher caliber people who aren’t afraid to tackle the world’s most complex problems - for they know that through support and partnerships, they can have impact.

The Moment Of Inspiration is the nudge you get when you discover something broken in the world.

The First Conversation with a potential founding team is about the shared mission of the company, the culture that you seek to build, and the kind of values that would make up that culture.  Culture is the “HOW” and your most potent weapon.  Think of it like good hygiene.

The First Six Month of a startup is about getting an experience together.  Building and getting an MVP in the hands of consumers; and continually iterating until you get it right.

The Leader of A Startup Is The Chief Storyteller who’s primary responsibilities include making sure there’s money in the bank, players on the field and a proper direction to head in.

Pushback Is Always Good because one of the realities of building companies is that very few people will make it through the entire journey.  There will be people that you need at the beginning, people you need in the end, and ones that make it work in the middle - Don’t take staff turnover personally.

Principles and Pattern Recognition Improve the Odds of Success - Think Bigger.   Focus on the 1% of the 1% {those super passionate and underserved}.  Build technology and iterate fast.  Have a relentless pursuit of viability vs traditional business models.  Compete or perish.  Own the podium.

Partnerships Are The Centerpiece of Global Expansion - There’s no single recipe that fits all deals.  Focus on the incumbents who aren’t as nimble as you and always seek a win-win-win strategy.  In lieu of economics and market dynamics, which are certain to change, look for partners who share your deepest values and have buy-in at the highest level of leadership.

Radical Candor Really Helps when working with partners.  There can’t be one winner - if there’s only one winner, you’re both losers.

Approaching Big Problems starts with understanding that you will never be able to eat an elephant at once - break down the problem and solve it piece by piece.

There Are Dreamers and those who are stuck in reality - Then there are those who can turn one into the others.  Those who see a better world ask themselves “if it’s going to happen why not me.”

Over 1531 Interviews and Counting