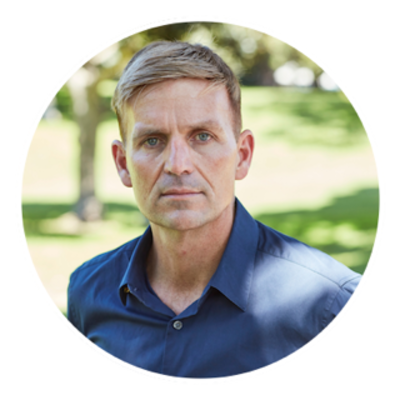 Moe is joined by Renowned Mental Conditioning Expert, Trevor Moawad to explore an approach to perpetual excellence that's as available as it is elusive to almost all of us.

Enter the locker room of the New England Patriots and you’re greeted with four simple maxims:  “Do your job.  Put the team first.  Be attentive.  Work Hard.”  Simple and very ordinary.  In fact by the time most of us are in high school, we’ve heard our parents, teachers, and coaches echo those or similar sentiments; so what makes them so unique in New England?

By any measure, no professional sports organization has redefined excellence during the past two decades like Robert Kraft’s storied franchise.  Since hiring coach Bill Belichick before the 2000 season, the Patriots have not only won six Super Bowls; they’ve won 10 consecutive AFC East division titles, been to the AFC Championship game for eight consecutive seasons, and are on the verge of their 17th straight season winning 10 or more games - all in an era of free agency where player loyalty is more to the paycheck than to the team.

“You win five championships, six championships…many people can’t sustain that,” former coach and now NBC analyst, Tony Dungy reflects on Belichick’s career, “…For him, I think it’s always been the next game and how can I make this team better for the next game.  To keep that motivation for so long is pretty unbelievable.”

Exit the locker room and you’ll be reminded “{not} to believe the hype.  {To} speak for yourself.  {To} ignore the noise.  And, {to} manage expectation.”  Translation - winners never stop getting better, and that’s precisely why Trevor Moawad is such an integral part of the winning cultures at the nation’s most celebrated sports programs, including NCAA Football, the NBA, MLB, UFC, and the U.S. Special Operation community.

Get to know Trevor and you immediately recognize that he’s not your typical sports psychologist - yes, he’s an expert in a field filled with amateurs playing the role, still more importantly, he’s Belichick like in his ability to dominate the details - and when you're judged by winning Championships, that's a non-negotiable.  Look no further than the work he’s doing with Seattle Seahawk quarterback, Russell Wilson.  Since entering the league in 2012, Wilson has been a pillar of consistency, and as you’ll hear Trevor describe - his greatness is a process that's always 'getting back to neutral."  Here’s a sampling of what we discuss: